Connecting ALS is a weekly podcast produced by The ALS Association in partnership with CitizenRacecar. We aim to discuss research and technology developments, highlight advocacy efforts, and share the personal stories woven through the community. For more information on The ALS Association, visit: ALS.org

If data usage is a hindrance, you can also use Bullhorn to listen via phone call.

Host - Jeremy Holden
Jeremy Holden is The ALS Association’s Communications Director, where he is responsible for sharing and elevating the stories of people living courageously with ALS and the community fighting the disease. He can often be found at Association functions with klieg lights and a video camera looking for folks from our community to capture and share their stories to help raise awareness. He also edits the Association’s blog.

Jeremy has 20 years of professional experience as a writer and storyteller and previously hosted a weekly public affairs radio show on SiriusXM. He has a degree in American history from The Ohio State University and a master’s degree from The George Washington University School of Media and Public Affairs, where he used to teach an undergraduate course in political science research methodology. He lives in North Carolina and shares a home office with two standard schnauzers – Otto and Sophie. 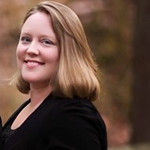 Host - Jessica Chapman
Jessica Chapman is the Senior Director of Individual Giving for The ALS Association. In her role, she oversees the major, midlevel and planned giving program, working with donors who wish to invest in a world without ALS. With over 10 years’ experience in major and planned giving fundraising, Jessica is well-versed in how a donor can have the greatest impact for the mission and for themselves through their charitable giving.

Jessica holds a bachelor’s degree in Communications from the University of North Carolina at Charlotte and an MBA from Queens University. She resides in North Carolina and in her free time, she enjoys being with her family and friends, sitting on her patio with her two dogs and telling her younger sister what to do. 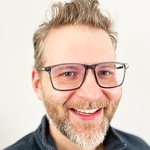 Post-Production Lead - Garrett Tiedemann
Garrett Tiedemann is an award-winning audio engineer, producer, and composer with additional experience as a filmmaker and journalist. With 20 years of experience telling stories he has a keen eye and ear towards the human in every story and oversees the production and final release for each episode. 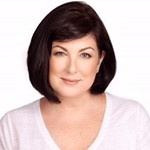 Executive Producer - Morgan Roth
Morgan Roth is the vice president of communications at The ALS Association, where she is focused on creating strategies that engage more people, more deeply in the Association’s ambitious mission-driven work. A former award-winning broadcast journalist, she has spent the last two decades leading strategic communications for agencies and nonprofit organizations in the United States, the Middle East and Africa. She’s an alumna of McGill University in Montreal, Canada and resides in Washington, DC.